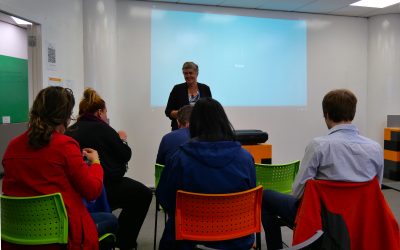 This month OptimalBI is hosting a Data Science Pioneers documentary screening. The first screening was crowded and the rest of the sessions are booking up very quickly, so you might have heard about it already. I’m guessing, the selling point (although it’s completely free) is the term Data Science and a hype around it, and this is the topic of the documentary.

The movie hasn’t been an eye-opener for me, but this is because over the years I was occasionally reading articles in the internet, falling into the wrong impressions and then finding out that my previous revelations about the data science were totally wrong, etc. All of that could have been short-cutted by watching the movie. While only an hour long, it gives you an idea of what the data science is, what it isn’t, what are the challenges the data science currently faces and what is the possible future of it. Real data scientists from the companies across the globe tell us about their jobs. My favourite part is when they give the actual examples of what they are doing, like preventing train’s air compressor from breaking down during the trip, providing better suggestion algorithms on accommodation booking or advise executives on airport effectiveness.

Many people think that Artificial Intelligence is about robots rising against humanity and conquering the world. The movie explains that the machine which would be able to outperform humans in all ways is probably not achievable at all. Currently we can only talk about narrow AI, and extending AI’s algorithms to perform multiple tasks is a future challenge. We can teach machines to recognise speech, recognise images or describe an image, but those will be three different algorithms; unlike the human brain that is able to perform many of these tasks simultaneously. (20q.net suggests a game where AI tries to guess an animal, vegetable or mineral you have in your mind, but it is obviously far from passing the Turing test: many questions are irrelevant or just weird for the object’s category.)

Movie describes the biggest challenge that every data scientist faces: how to avoid bringing biases we have into the machine algorithms. We expect machines to be objective, but as we train them on the data we produce as humans, it’ll repeat our mistakes and will be as subjected as we are. Bias is an important topic for the data analysis in general.

One of the experts in the documentary says his hope is that machine learning will become boring soon. As soon as everyone understands what it is. Electricity was the most exciting thing once, but now it is just a part of our everyday life, and nobody says how should I incorporate electricity in my business? Data Science Pioneers is really helping this to happen sooner. Currently the data scientists are expected to be able to get very sophisticated answers, but also they are expected to be able to communicate with both technical and general audiences, being able to collect and prepare the data for analysis and to be skillful at the software development. This is much beyond average person’s abilities, therefore data scientists are real geniuses and there are not so many of them. However, it will probably change soon, data scientist will become just another job position in a team of data engineers, DevOps and designers, and instead of being locked up in a cupboard, these people will be across different functions of the organisation, like finance, marketing, sales etc. helping with solving everyday problems.

I’m quite skeptical that the Data Science Pioneers will get any Oscar nominations this year, it’s a pity that such good movies are sometimes overlooked by the committee; but obviously it has a great international success judging by the first Wellington screening attendee numbers. Also, a great cast; for example, Shaun McGirr, who used to work at OptimalBI, and the first data scientist I met. The movie is entertainment as such. Yes, it is mostly many smart people just talking, but also the picture constantly changes between the different cities and scenery, punctuated by references to popular culture and memes. Altogether, it makes a dynamic sequence that makes learning about nerds a deeply satisfying experience. I’d recommend to sign up for the next screening now if you’re in Wellington.